As predicted, winter storm Jonas, the NOAA titled fourth worst winter storm on record in over 60 years, brought heavy winds and record snowfall across much of the northeast. In our area, snow totals were in excess of 20”, transforming the yard into a cold, wintery, white, wonderland. On Friday, January 22nd, when the first snowflakes began to accumulate, Jabin yard staff sprang into action plowing pathways in an effort to maintain accessibility. Crews worked around the clock and throughout the weekend, some close to 25 hours in total, plowing and shoveling snow. “There was just a lot of snow to move.” said Jabin Yacht Yard mechanic Joe Lupinek. “It piled up quickly and if you didn’t stay on top of it, it was nearly impossible to push out of the way.” On Sunday morning the skies finally cleared and the sun came out to reveal the aftermath, which to our amazement and in all credit to the crew, was not nearly as bad as it could have been.  By Monday afternoon, as rest of Annapolis began the dauntless task of digging out, the yard, thanks to the hard work and long hours of our crew, was in great shape and passable.  “Conditions were challenging to keep up with”, said Lupinek, “but we got it done.” 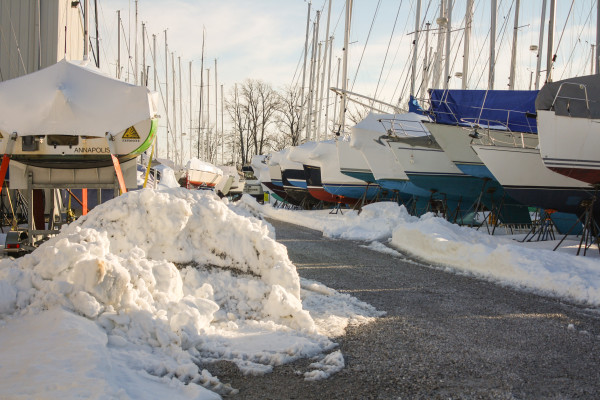 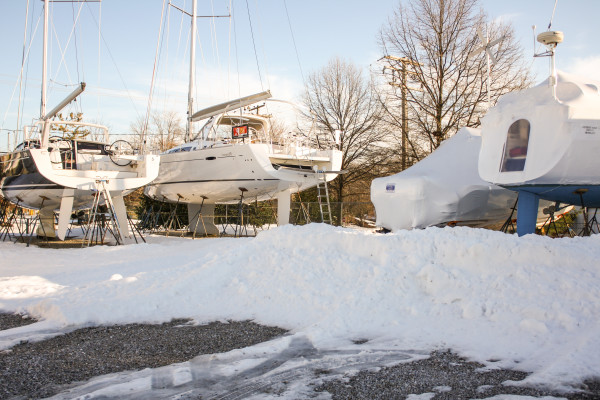 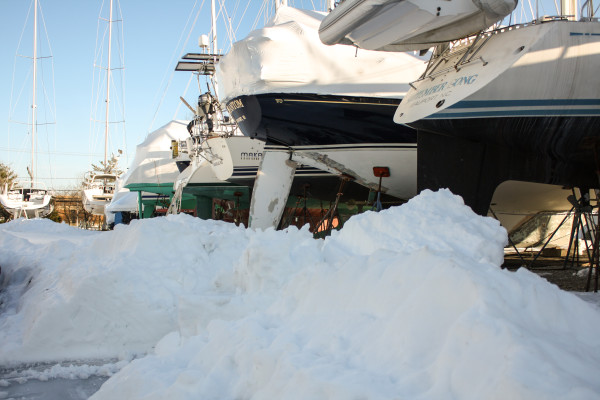 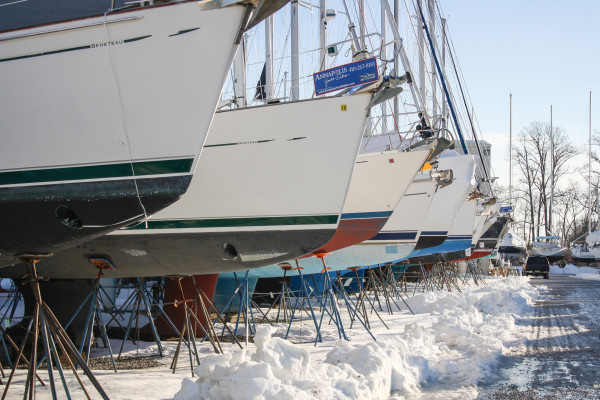